We present to you one of Nollywood’s top male veterans, Chief Yemi Solade.

Charming crew met up with Chief Solade recently in a posh London apartment, whilst on a brief assignment as a brand Ambassador for  Landmark Realty, Nigeria.  In a very relaxed atmosphere, he talks passionately about his humble background, shares his love for Nollywood and his stance on Nigerian politics.

Yes, good afternoon to you.  Good we have the grace to have now met formally.

For the benefit of people that do not know the real you, could you introduce yourself to us please.

I am Olayemi Olufela Solade. I am a chief titleholder. I hold Agbaakin of Egbaland. I was born in Lagos, on January 31, 1960.

I attended St. Thomas Aquinas Catholic School and Birch Freeman High School, both in Surulere, and there after attended Tile Hill College in Coventry, but returned to Nigeria after I got admission into University of Ife (now Obafemi Awolowo University) where I studied Dramatic Arts  for four years and bagged a degree. I served in Maiduguri for my NYSC. I bagged a second degree in International Relations, then I added another one in Sociology from the University of Leicester. My last degree was obtained in 1990, in Public Relations from Ahmadu Bello University.

I also obtained a diploma in Theology from the Redeem Christian Church of God, I majored in Christology – which is the study of Christ Jesus, in 1994.  I am an actor – I majored in television film directing and I am currently the actor of the year in Nigeria. I am the pioneering President of my professional body in ‘Theatre Arts and Motion Pictures Producers Association of Nigeria’ (TAMPAN), succeeded by Dele Odule, and now Bolaji Amusan (aka Mr. Latin).  I have been practising acting for 42 years since 1977.

Has acting always been what you wanted to do from childhood?

I always knew entertainment was for me, so I started off as a dancer. I was the first national disco champion of Nigeria in 1978. I was an African dance king as well; I became number five in the world.  In those days no parent would encourage their child to go into acting, so the dancing to them was like ‘well this kid is just having fun’, but then that was how I got a passion for entertainment. Drama for me was more or less a happenstance.  Festac 77′ was around the corner and I was privileged to partake in Festac ’77. I later went on to train formally and obtained a degree in Drama, so that should tell anyone that I am well-grounded in what I practice today. 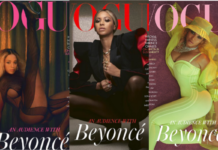 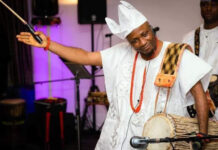 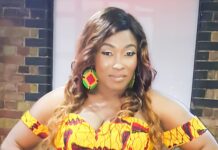