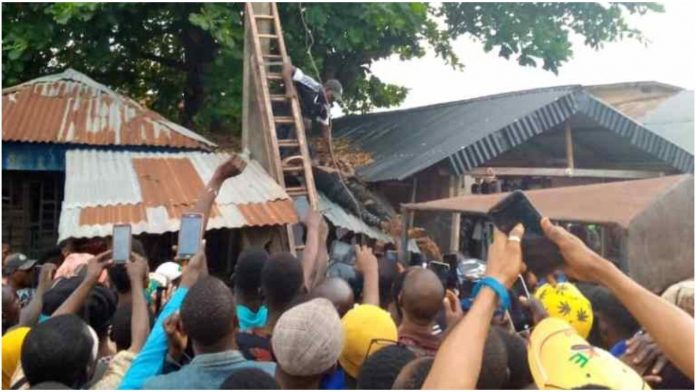 A man identified as Mayomi Origbemisuyi, has lost his life in Ondo State after he was electrocuted while connecting wire on an electric pole.

The victim was said to be making an illegal connection when he met his untimely death.

The incident was claimed to have occurred a few meters from the Benin Electricity Distribution Company, BEDC, headquarters in the neighborhood.

According to an eyewitness, people of the community hurried to the area to see what was going on.

The eyewitness, who gave her name simply as Bola said the body of the was deposited in the morgue after the incident was reported at a police station in the town.

Confirming the incident, the spokesperson of the police command in the state, DSP Funmilayo Odunlami stated that the deceased was not mentally stable.

She added that investigation had commenced into the incident. Obi Cubana remembers his late mother 1 month after shutting down...