Police Inspector-General Usman Baba has directed the Kogi police commissioner to conduct an urgent investigation into an incident involving police officers and commuters in Kogi, as shown in a video that has gone viral on social media.

A speaker in the background of the video states that a group of police officers stopped a commercial bus to conduct a search.

During the search, the male voice adds, the cops discovered a laptop on a man who claimed to be a student.

The officers, according to the voice, were sceptical and demanded a payment of N25,000 from the student. The officers allegedly brought the student to a point-of-sale operator and forced him to withdraw N25,000 and deliver it over to them.

According to the speaker, one of the cops smacked a bus passenger who was frowning at the event.

The IGP promised the public that justice will be served in a statement published on Sunday by Force spokesperson Frank Mba.

“The IGP calls for calm, noting that at the end of the investigations, justice will be done to the victim of the incident and police personnel found guilty, brought to book,” the statement read. 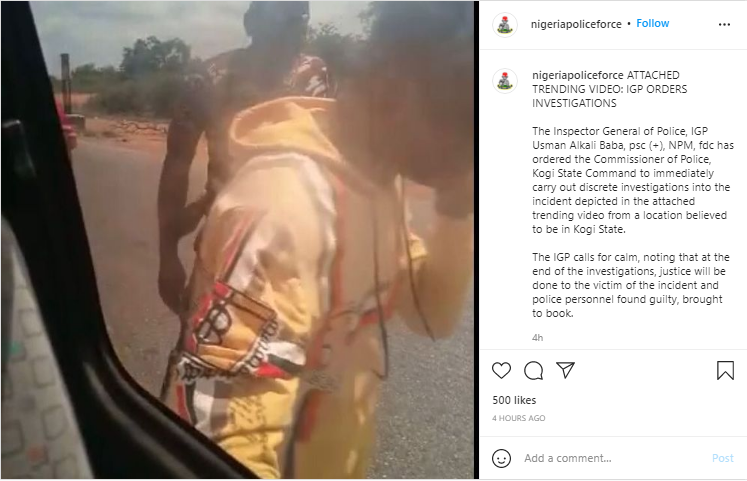