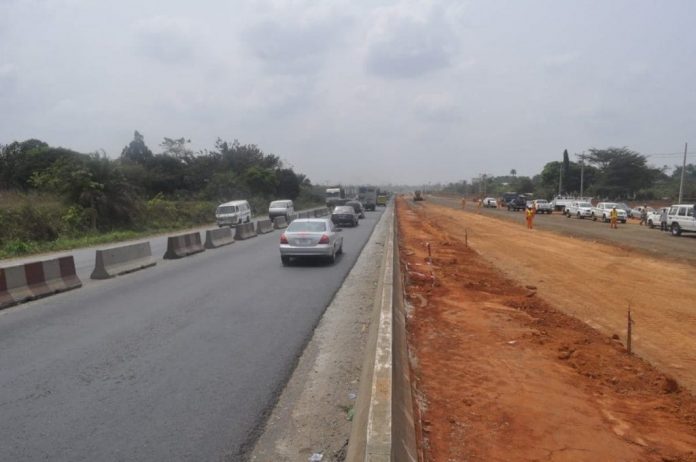 Eleven people were burned beyond recognition in a crash on the Lagos-Ibadan expressway, Charmingpro reports

READ ALSO: Man to die by hanging for killing wife in Jigawa

According to Okpe, two Mazda buses and one unknown vehicle collided and caught fire near the Isara bridge in Ogere, Ogun State.

“A total of 18 people were involved, but only seven were rescued, and 11 unidentified people were burned beyond recognition.”

Seven people were rescued with injuries, including five male adults, one female adult, and one male child.”

“The injured victims were transported to Victory Hospital in Ogere for treatment.” One of the victims was initially refused but was eventually admitted to Babcock University Teaching Hospital in Ilisan.

“The Sagamu fire department was contacted, and the impact of the crash is obstructing the expressway’s Ibadan-Lagos bound.”

“Traffic has been diverted to the Lagos-Ibadan route, and the burned-out vehicles remain on the road.”

“Motorists are urged to drive cautiously, obey traffic rules and regulations, and work with traffic managers to manage the situation,” she added.