Head of Monitoring and Enforcement, Abuja Environmental Protection Board (AEPB), Kaka Bello, who led security personnel with board officials, said he received the report from market management and the public complaints commission.

“As a result, we have taken the two people in charge of the cold room into custody for further investigation to ensure that the rotten meat is not transported to another location for sale.” We want to know where it was evacuated to, and if it was destroyed, where it was destroyed. We want to ensure that it was not transported to other markets for sale.”

Bello, who warned that such behavior was unacceptable, said the board would look into it further to ensure that the rotten meat was not moved to another market.

“We will charge them in court after the necessary investigations are completed, and they will pay for their sins.” People cannot go to the market to buy food for their health and end up buying rotten items. “This is unacceptable,” he said. 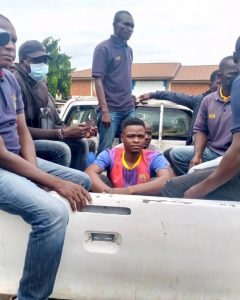 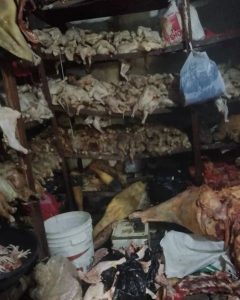 Lagos: Man beats his sister for visiting her fiancé