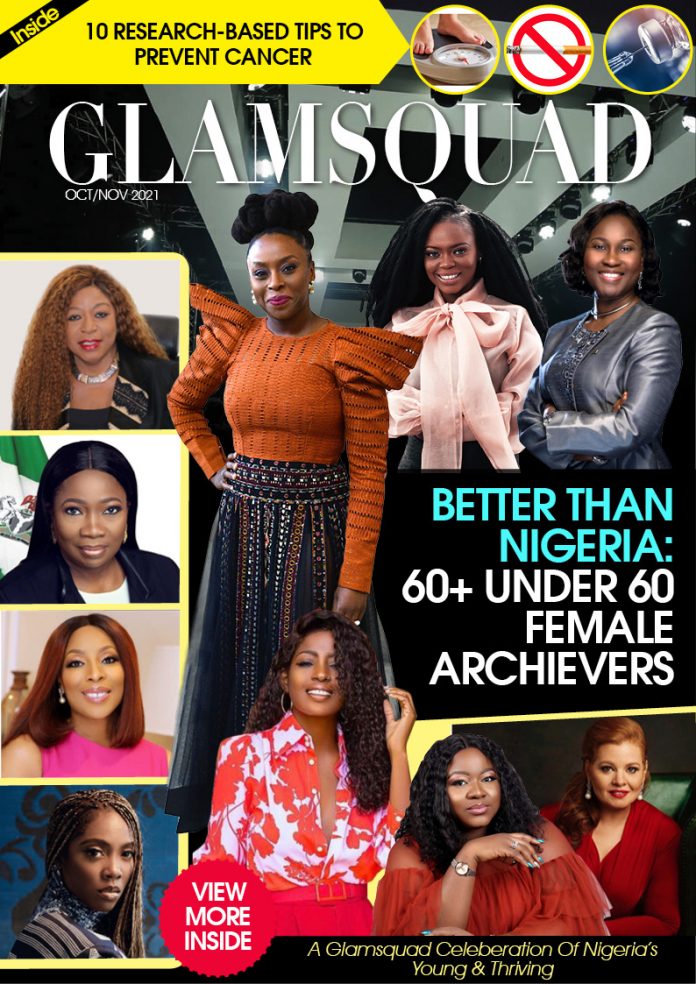 Glamsquad Magazine is celebrating 60+ FEMALE under 60 achievers as Nigeria celebrates her 61st independence anniversary. Entrepreneurs, journalists, activists, scientists, socialites, and celebrities are among those highlighted, giving everyone cause to believe that Nigeria’s future is bright.

Despite Covid-19, some people are defying the odds and starting enterprises; others are assisting in the fight against the disease, serving on hospital frontlines, or working to find new things.
60+ Female Under 60 Achievers is widely considered as the premier showcase for the sharpest talent working in a variety of fields and making significant contributions around the world.

A Glamsquad Celebration Of Nigeria’s Young And Thriving