During a service on Sunday, October 31, Ibiyeomie declared that he performed two things before God blessed him with success.

“Can I tell you a secret that will shock you? Why did God anoint me for wealth? Two times I did something.. We were in Bible School, I will never forget. We were to give offering for the first aircraft for evangelism.

“As a Bible School student, I didn’t have physical cash but I had some substances, television and the rest. I sowed the best thing that I had for the promotion of the gospel and God said I will anoint you for wealth. And then when this Church started, 1999, when we came here, we were to build this Headquarters.

“It was not like this before, there used to be poles everywhere. And then I had seven hundred and twenty-three thousand (N723,000) the first bulk money I ever had as a pastor. You must have read it in my books.

He added that at that time, he had no car and was trekking, saying that Mercedes V-Boot then was five hundred thousand naira Tokunbo price.

“Satan said to me, “You can’t be trekking as pastor at this point of your life. Buy the V-Boot first. Mostly you think it is God talking to you, it is the devil and even you yourself. He says, ‘Tell them to give, you are a pastor… I said ” Shut up” the moment I did that, God said watch me, I will anoint you for wealth. Why? The first money I had was to build a house of God,” he stated. 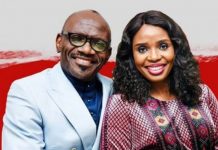 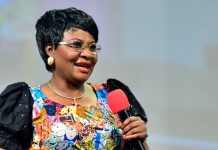 Family Worship Center’s Pastor Blasts Gays, Says ‘They Have No Place in Heaven’ Linda Ikeji is all fierce in lovely new photos