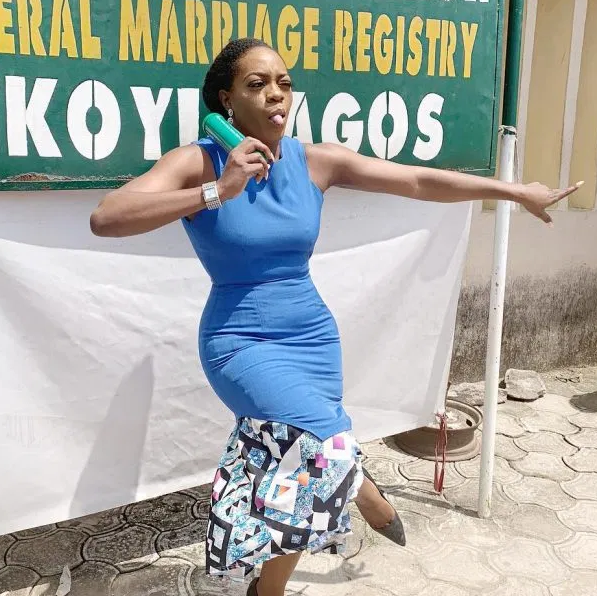 Corporate compere ans OAP, Shade Ladipo has opened up on what she has learnt about marriage, barely two years after she said “i do” to her husband, Jide.

According to the Yoruba born media personality, She now understands why some marriages crash, three years after.

She added that until one is married, they don’t know how it works.

“”Until you get married before you can comprehend somethings about marriage. Let’s say, now i understand why some people’s marriages end after three years.”

Every shade of Toyin Lawani’s “blasphemous outfit” to ‘The Prophetess’ movie...