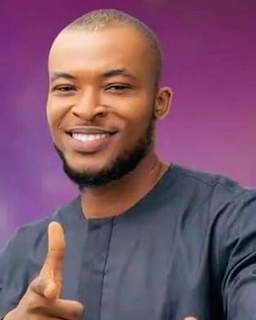 Big Brother Naija lockdown evicted housemate, Eric has opened about his feelings for fellow housemate and mother of one, Wathoni.

According to Eric who was in a romantic relationship with Lilo in the house, he like Wathoni, but didn’t approach her because of their age difference.

Charming Magazine notes that Wathoni is 29 years old while Eric is 24 years old.

Eric made this known in an exclusive interview with Ebuka Obi-Uchendu.

When asked about his love interest Lilo, Eric opened up on wanting to continue a relationship with her outside the house.

He also revealed that he doesn’t like Lucy and doesn’t want her to win. Rather, he wants his friend, Neo to win the game.

Watch the interview below….

Femi Adesina says we should thank God That we can feed...