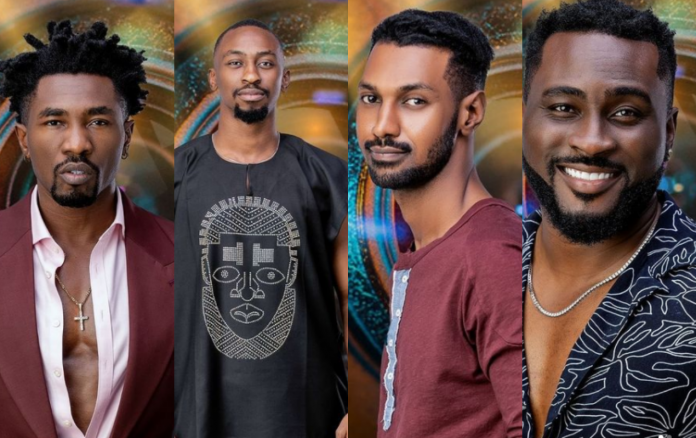 They are Boma, Saga, Yousef and Pere.

During their introduction by Ebuka, the host of the show, Yousef revealed that he’s from Jos, Nigeria and bi-racial. He also revealed that he’s a high school teacher and his students are crushing on him, but he can’t do anything with them because they are “juniors” and he isn’t a pedophile.

Pere admits to being a natural-born drama king. Saga is an engineer whose motto is ‘positive vibes only’. Boma is a masseuse and mixologist who promises to keep it unpredictable.

Pere revealed he’s from Warri and 36 years old. See their photos below: