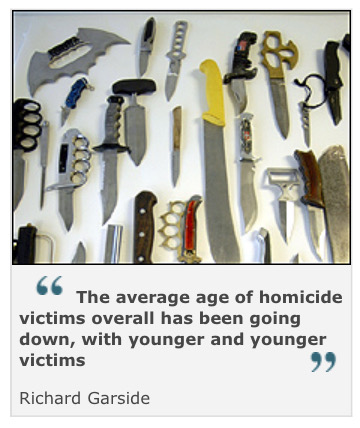 Knife crime is a persistent and worrying concern presently in the U.K., especially as it impacts particularly upon young people and the disadvantaged.  Over the years, various remedies have been introduced to curb this menace to life and the society in general.

Knife crime is any crime that involves a knife – regardless of whether the knife is used to injure someone.  A person can be found guilty of knife crime if they:

It is illegal to carry a knife in the UK, and you can be arrested, charged, get a criminal record and/or face a prison term if the police search you and find a knife.

London’s knife crime has reached an epidemic and unprecedented levels, recording more than 30 deaths in the capital in the first half of the year 2019.  2018 was London’s bloodiest in almost 10 years, seeing the rise in knife crime escalating to a new level that does not look like abating. As of June 16 of 2019, there has been at least 31 fatalities from stabbing in different parts of the capital.