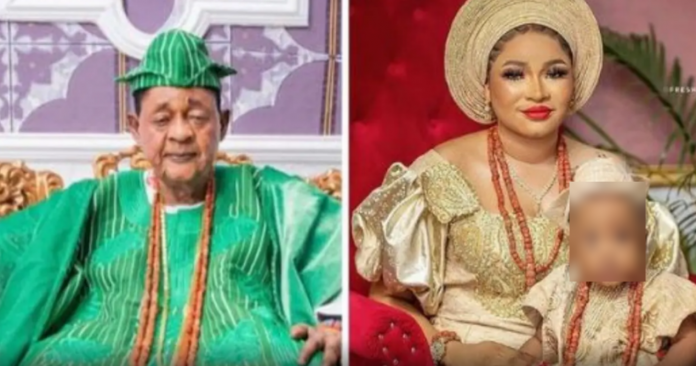 Coming after she was kicked out of the palace, Queen Damilola, who used to be one of the numerous wives of the Alaafin of Oyo turned to begging online.

Charming Magazine earlier reported that the mother of one left the palace after she was kicked out alongside her mother and son.

Queen Damilola who married the Alaafin in 2019, revealed she left the palace with nothing and has no where to sleep.

See her chat below:

See a photo of her mother crying below:

After her cry, Nigerians contributed 1.1 million naira towards her upkeep and urged her to start up a new life with the money.