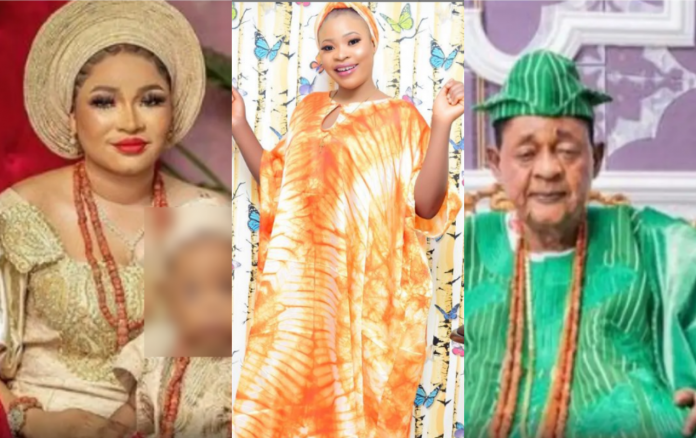 The identity of the lady who allegedly made the Alaafin of Oyo chase out one of his young queens has been revealed to be one Omolewa, also known as Abebi Ibadan.

Charming Magazine gathered that Omolewa and Queen Damilola used to be close friends, until Omolewa seduced the Alaafin into sleeping with her.

After she succeeded, the aged monarch then proposed to her. Omolewa reportedly agreed to marry him, but this angered queen Damilola who insisted that the king must not marry her friend.

She urged the king to marry someone else if he wants to get another wife but not her friend.

Sources revealed that the king got angry and kicked Damilola, her mother and son out of the palace.

Damilola left the palace without a dime as she took to social media to beg for help afterwards.

See photos of Omolewa below:

Despite challenges, Nigeria still one of the most hospitable countries to...

Here is what Justin Bieber has to say about his Grammy...