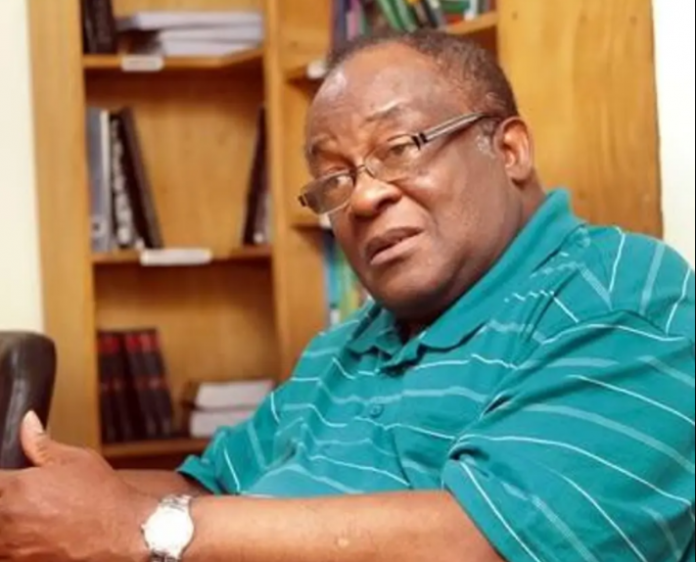 Foremost Lawyer and Eldest Son of Late Chief F.R.A Williams; Chief Ladi Williams is Dead.
His Death was confirmed by his junior brother Chief Kayode Rotimi-Williams, who said he died from Covid-19 Complications on Sunday 03/10/21 at St. Nicholas Hospital despite being fully vaccinated; aged 74Years.

He was until his death the Principal/Founding Partner of Chief Ladi Williams Chambers.
His Death came as a Rude Shock to his Friends, Colleagues and Family Members.

President Buhari and Mr. Olumide Akpata (NBA President) are among those who have expressed their Condolences and Prayed that God Comfort his Family; whilst Granting his Eternal Rest.

Jubilation as Toyin Lawani buys her son a PS5

PHOTOS: Truck driver hailed a hero after he risked his life...