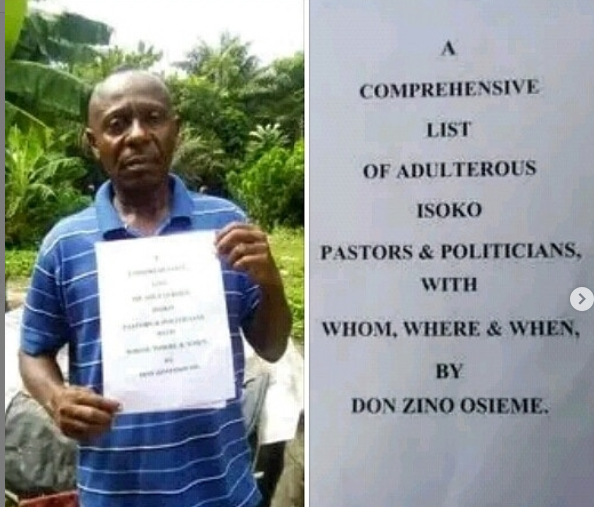 A popular human rights activist, Don Zino Osieme, has alleged that he has a complete list of all ‘adulterous Isoko pastors and politicians’.

According to the University of Benin graduate, he was able to compile the list after a ‘socio-physio-tele-audio-spiritual investigation’ and preaching against adultery in Isoko.

He also claimed that a prominent pastor on the list has been having sex with underaged girls, adding that these men use potent charms to trap married women.

Mr Osieme, however, said he has not and will not reveal the documents to anyone.

Justin Bieber ready to ‘start trying’ for a baby with wife...

Meet 3 Nollywood Actresses who Tragically Lost their Only Child [Photos]