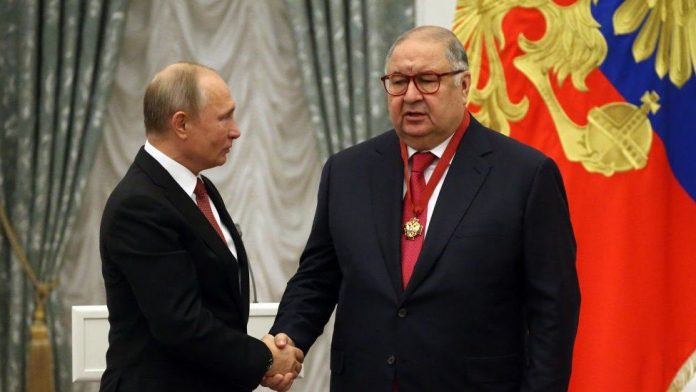 Shuvalov was formerly the deputy prime minister of Russian President Vladimir Putin, while Usmanov previously had sponsorship relations to the Everton and Arsenal football teams.

Shuvalov and Usmanov’s assets will be frozen, and they will be barred from entering the UK under the new limitations imposed by the UK government.

They will also be prohibited from dealing with British residents and enterprises.

Earlier this week, the European Union (EU) placed a freeze on Usmanov’s assets.

According to the EU, Usmanov was “a pro-Kremlin oligarch with particularly close ties to Russian President Vladimir Putin.”

Responding to the EU’s decision, Usmanov made a statement at the time, calling the EU’s decision to impose restrictions on him “unfair,” adding that he would “use all legal means to protect his honour and reputation.”