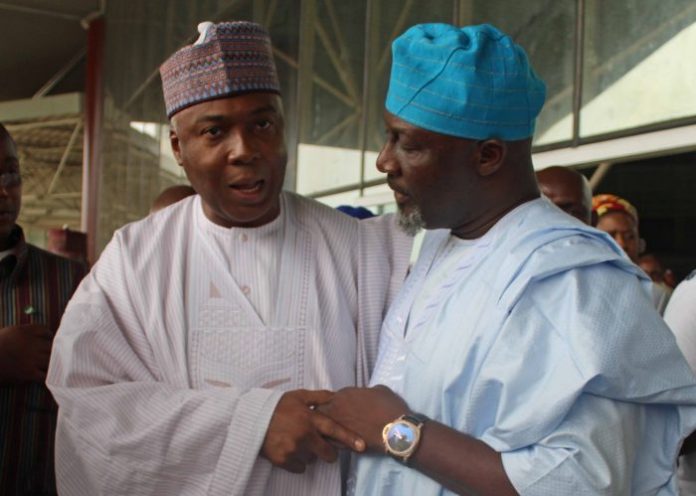 There are signs that Dino Melaye, a former senator from Kogi West, has abandoned his ally and former Senate President Bukola Saraki in favor of Atiku Abubakar ahead of the 2023 presidential race.

Melaye stated why he chose Atiku, a presidential candidate running on the Peoples Democratic Party’s (PDP) platform, over Saraki in a video that went viral.

Melaye revealed that he now supports candidates rather than aspirants during a conversation between Atiku and other Senators in Abuja.

Melaye revealed that several of his former Senate colleagues were perplexed as to why he is supporting Atiku’s presidential bid.

“When I arrived in here, my ex-colleague said I believed you would not be here but someplace else,” Melaye added, clearly disregarding Saraki.

“And I told him that I have stopped following aspirants. I now follow candidates.”

The former lawmaker’s remark was received with much delight of the audience, including Atiku.

In their days in the Senate, Melaye and Saraki were reported to be close friends.

Saraki and Atiku, meantime, have stated their intentions to compete for President in 2023.

The United Arab Emirates has lifted its ban on flights from...