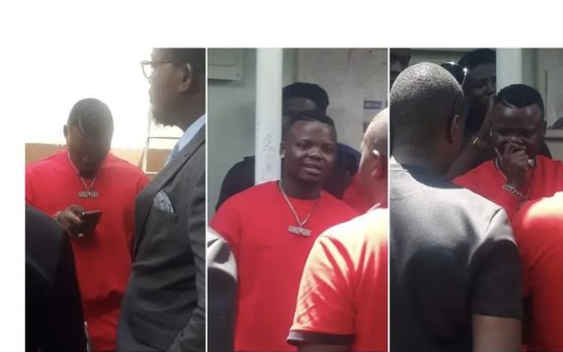 Popular Tanzanian artist Harmonize has been detained in Kenya and is presently being held at Kileleshwa Police Station.

The musician is alleged to be engaged in a performance row with Melamani Limited who are apparently not satisfied with his performance in the country.

The concert promoters who denounced him to the police, accused him of skipping a number of shows despite getting paid.

Harmonize was apparently slated to perform at Kenyatta International Convention Centre (KICC), Captains Lounge, Volume 001, and Cocorico Club among others on Saturday April 30.

At Captains Lounge, he was reportedly scheduled to perform for one and half hours but instead allegedly performed for five minutes, a development that didn’t sit well with the promoter. He also reportedly did same thing at Cocorico club despite being paid.

“I paid Ksh.450,000 to Melamani Limited for Harmonize to come to the club for a party and to be with the fans for one and a half hours, but when he came he only stayed for not more than five minutes.”

Harmonize’s bodyguards are reportedly claiming that Kenyan comedian Eric Omondi took all the money and that the clubs are unfairly blaming Harmonize.

Eric Omondi and Harmonize are currently at the station, with the bodyguards trying to intervene.

Check out this lovely photo of actress, Uche Ogbodo’s baby

Gay actor, Uche Maduagwu flaunts his abs as he flirts with...