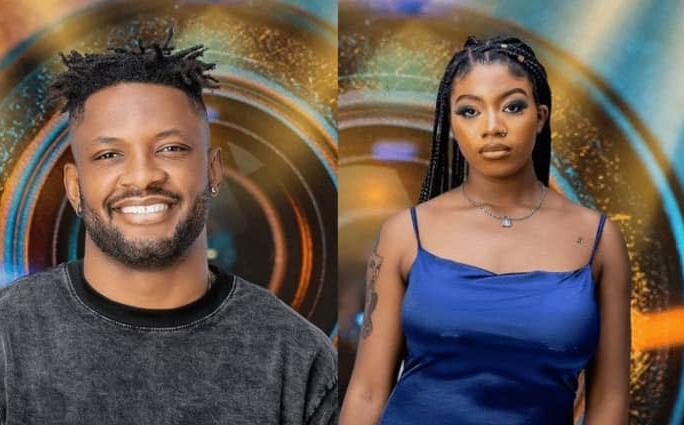 The internet has been on fire since the launch of the Big Brother Naija ‘Shine ya Eye’ edition.

Housemates like, Angel, Cross, Maria, Pere, Liquorose and Whitemoney gave the viewers great contents during their stay in the house and it paid off big time for them.

But two housemates stood out for me during and after the show. they are – Cross and Angel. Their boldness, and courage to embrace and show off their personalities irrespective of who gets offended make them stand out.

Both of these carefree, free-spirited personalities share a lot in common. Angel and Cross from Big Brother Naija may easily be confused for each other’s male and female counterparts.

Their genuine affection for each other was evident throughout the house; it had its ups and downs, and there were moments when they both ignored each other, but that’s what friends do.

Let’s give them credit where it’s due: they showed their true colors, the good, the bad, and the ugly, and they weren’t afraid to speak openly about their shortcomings or deep childhood traumas. They weren’t the best housemates, but are there any who are?

They share similar principles as well; their motto may be summarized as “live life freely without being unduly uptight.” They don’t mind, for example, exposing private parts of their bodies that the rest of the world might consider inappropriate, immoral, or embarrassing since they perceive them as “norms.”

Watch how Angel exposes her b*obs both inside and outside the house, as well as how the general public reacts. Do we refer to them as the N*ked Couple, Adam and Eve from the Garden of Eden, because Angel’s nude leaked when Kayode focused the camera on her while she was wiping after peeing, and now Cross’s nude is leaking as well?

Isn’t it safe to say that Angel’s entire critique has been muddied?