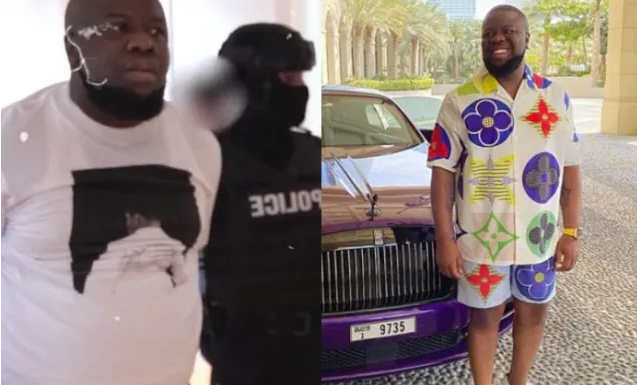 Ramon Abbas, aka Hushpuppi, will be sentenced in October 2021, according to the US Attorney’s Office for the Central District of California.

Thom Mrozek, the court’s Director of Media Relations, told one of our correspondents about it in an emailed response on Friday.

Hushpuppi has pleaded guilty to a number of charges, including online fraud and money laundering.
The court also revealed that Deputy Commissioner of Police Abba Kyari had been ordered by the FBI to be arrested for his alleged role in a $1 million scam allegedly committed by Hushpuppi and five others.

“The defendants in the case, including Mr Kyari, have been issued arrest warrants by a US Magistrate Judge.

In practically all of the criminal cases brought by this office, this is regular operating procedure.
Mrozek noted, “Hushpuppi is currently slated to be sentenced in late October.”

However, the court official did not specify whether Kyari must appear in court alongside Hushpuppi by the end of October.

Nengi is all shades of peng in lovely new photo