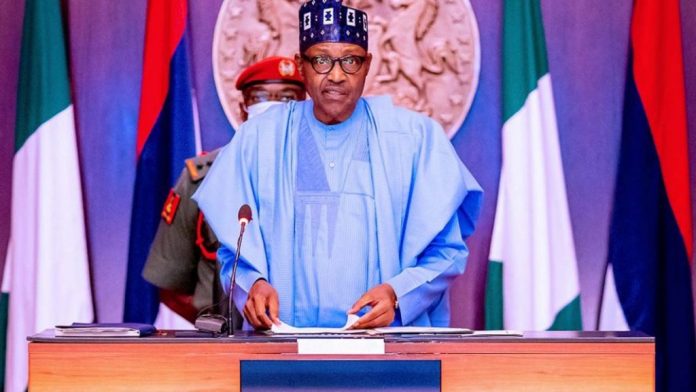 Charmingpro reports that President Muhammadu Buhari has called on Nigerians to pray for all victims of terrorists attacks across the country, stating that he lives daily worrying about those in the custody of kidnappers and other criminal elements.

In his speech on Sunday morning to mark the 2022 Democracy Day, Buhari assured Nigerians that efforts were on top gear to ensure that the victims were freed safely.

He said, “On this special day, I want us to put all victims of terrorist activities in the country in our thoughts and prayers. I am living daily with the grief and worry for all those victims and prisoners of terrorism and kidnapping.

“I and the security agencies are doing all we can to free those unfortunate countrymen and countrywomen safely.”

President Buhari vowed that his government would seek justice for families of those who have lost their lives in different attacks in the country, saying the perpetrators would be made to face the wrath of the law.

“For those who have lost their lives, we will continue to seek justice for their families against the perpetrators.

“For those currently in captivity, we will not stop until they are freed, and their kidnappers are brought to justice. If we all unite, we will be victorious against these agents of terror and destruction”, he added.

President Buhari also reacts on the just concluded primary elections accross the country. In his words;

“was very impressed to see across all the political parties that most candidates ran issue-based campaigns”, stressing that issues that emerged during the processes were all controlled.

The president various party candidates to ensure that they were mature in their campaign and other activities towards the forthcoming 2023 general election.

“As we move into the general election campaign season, we must sustain this mature attitude to campaigning and ultimately, voting.

“We must never see it as a ‘do or die’ affair. We must all remember democracy is about the will of the majority. There must be winners and losers