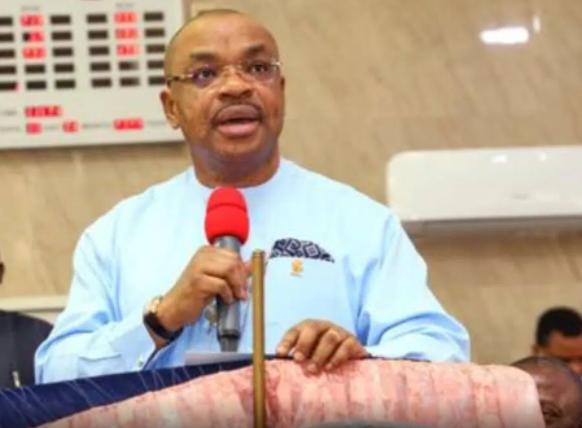 To bring in new investors, Governor Udom Emmanuel laments that it now takes 20 times as long as it used to.

Speaking at the Qua Iboe Church, 2 Abak Road in Uyo on Good Friday, when he attended a special service commemorating the crucifixion of Jesus Christ.

It was at this service that the Governor requested for the Church’s help in shaping society and supporting government leaders in prayer.

At the time, he urged the church to broaden its reach to include more people in order to make it easier for the government to exercise social control.

He said, “It is the church that should help the government shape up the society, because that is the great commission that God gave the church.

“Once the church is able to shape the society the work of government will be easy”.

Decrying the poor state of affairs in the country, Governor Emmanuel said from his experience in going about to woo investors, it now takes 20 times the effort it took to bring an investor into the country compared to what it used to be, adding that the country was in such a critical situation that requires all, including the church, to play a role towards fixing it.

“The primary responsibility God gave to the church is to pray for leaders. We are at a very critical stage in this country. It’s not a time to say nothing concerns me. It concerns everybody including the church.”

He, however, acknowledged the support the state has enjoyed from the church within the period of his administration and thanked God that Akwa Ibom was evidently faring better in terms of development projects.

“We always tease each other” – BBN Star Mercy Eke reveals...