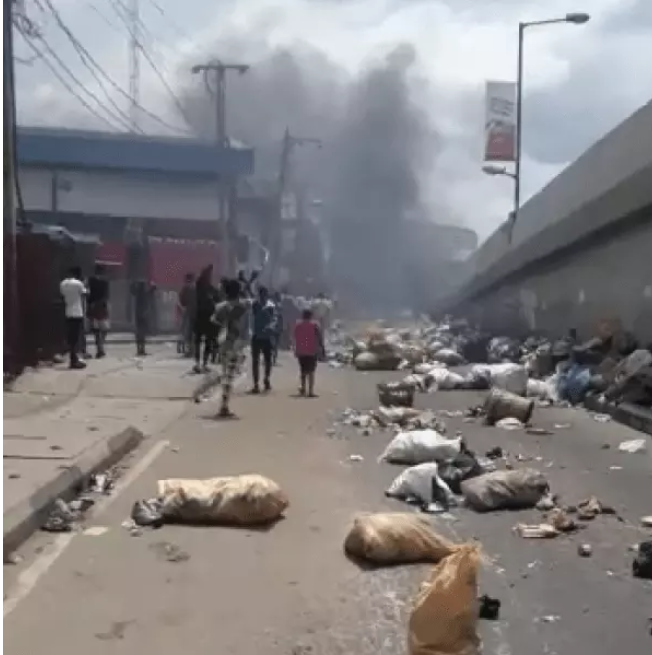 Reported today, Ikeja under the bridge boiled on Friday 23rd, October 2020, as police engaged hoodlums in a heavy gun-battle.

Across different parts of Lagos State, The fallout of the #EndSARS protest has continued to lead to wanton violence and looting.

The large number of hoodlums who came out today, Friday 23rd October, 2020 in the morning, took over the road leading to the Ikeja General Hospital to loot properties in the vicinity. Which they also attempted to break into the popular Computer Village to loot properties, but the police repelled them move as gunfire boom in the area.

There was total pandemonium as residents of the area scamper to safety. People were also locked in their houses as hoodlums ram about the area.

All Computer Village taskforce members, with members of the Oodua Peoples Congress, OPC, patrolled the entire village to ensure that the repelled hoodlums did not return.

Was also reported on Thursday 22nd Octorber, 2020, stating The hoodlums had also attempted to break into the Ikeja City Mall to loot properties but the police repelled them and are keeping vigil at the mall.