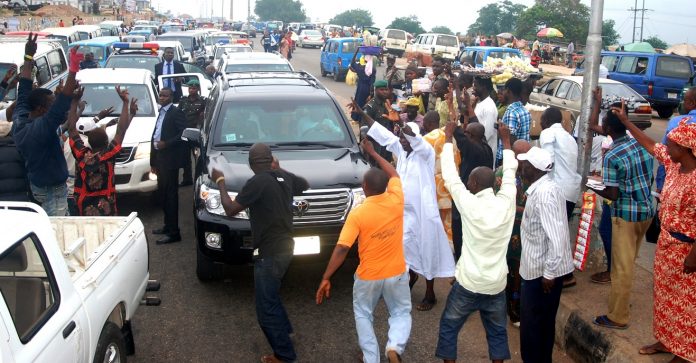 On Monday, unknown gunmen ambushed the convoy of Rauf Aregbesola, the Minister of Interior, during a roadshow in Osogbo, the capital of Osun State.

Charming Magazine gathered that the gun-wielding hoodlums, suspected to be political thugs, waylaid his convoy and started shooting in a bid to scare away the former governor of the state and members of his entourage.

The mayhem started out when Aregbesola arrived to Orisunbare market, adjacent to Old-Garage, and heard gunshots.

There was chaos as his followers fled for safety.

The thugs were repulsed by a team of joint security agents from the Nigeria Security and Civil Defence Corps, the Nigeria Immigration Service, and the Department of State Security, who were among Aregbesola’s convoy.

This comes after Aregbesola publicly expressed his support for Moshood Adeoti, the former Secretary to the State Government, and hailed him as the state’s next governor.

Meanwhile, DAILY POST reported earlier that Osun State announced that it has credible reports that some “misguided cowards” have invaded Osogbo, the state capital with armed thugs to foment trouble.