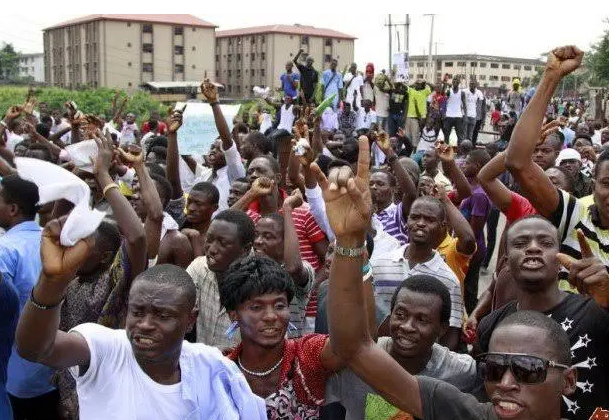 Students at Obafemi Awolowo University, OAU in Ile-Ife blocked main entry and exit highways to the campus on Saturday in protest of the management’s decision to close the school.

Charming Magazine recalls that after students barricaded the Ife/Ibadan and Ife/Ede expressways in protest, the university’s management announced an indefinite closure of the institution, claiming that negligence of the university’s health center personnel resulted in the death of one Aishat Adesina, a 400-level student in the Department of Foreign Languages.

Charming Magazine recalls that the administration also granted students till Saturday at 12 p.m. to vacate their living halls and postponed the swearing-in of the newly elected students’ union officials.

According to the Punch’s investigation, while the majority of students departed their residence rooms as directed by the administration, others eventually gathered on campus and obstructed key exit and entry roadways to the university.

Salvation Aworanti, Vice President-elect of the Great Ife Students Union, said that students had obstructed main highways on campus in order to continue their protest.

She said, “Students are refusing to leave. They are saying the management should reopen the school with immediate effect.

Davido spanks his daughter for twerking up a storm