American based Nigerian man, Alao Afeez has been jailed in America for wire fraud and money laundering according to security blogger, Graham Cluley’s report on bitdefender.com.

The 37-year-old socialite known and loved by Nigerian musicians for being a big spender at Lagos exclusive Night Clubs and on the Nigeria fuji scene was arrested and charged with wire fraud and money laundering conspiracy.

Report by Catalin Cimpanu in ‘The Record’, confirms that Alao Afeez is a member of ‘Black Axe’, an international organised crime syndicate which originated in Nigeria.

A 2020 report by the Interpol explains that Black Axe gangs are notorious for their involvement in crimes such as cybercrime, drugs and human trafficking, grand theft and prostitution.

Alao Afeez was among 11 alleged “Black Axemen” indicted by the Northern District of Texas. He was booked in at the Kays Tower Jail in Dallas County, State of Texas, on 22nd of September 2021. 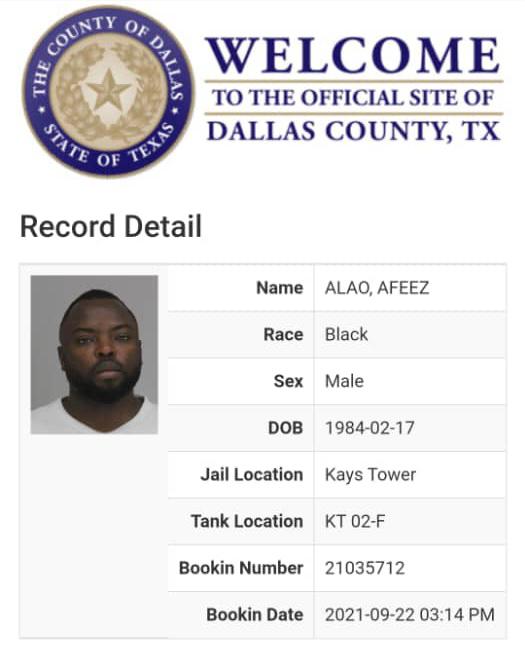 What truly happened between Brymo and 2Face Idibia

How Katsina State Government is using dogs to fight banditry