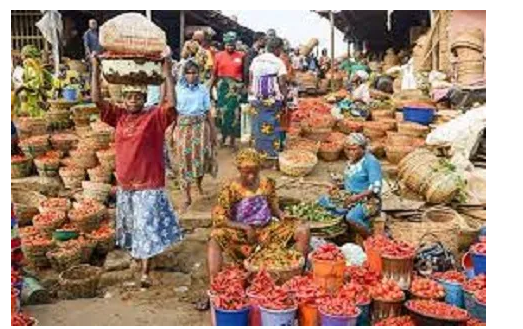 According to a new report from the Institute of Development Studies in the United Kingdom, Nigeria is the world’s second worst country in terms of food affordability.

The report, which was created using Numbeo, a publicly accessible worldwide cost-of-living database, was used to create a ‘cost of food essentials’ analysis that compares the monthly minimum suggested spend on food per adult with the monthly average pay in 107 countries around the world.

The minimal amount of food recommended is based on 12-14 basic foods that combined provide 2,100 calories per adult per day, which is the level of energy recommended by the World Health Organization.

The Cost of Food Basics study discovered that, more than a year after the outbreak of COVID-19, there is still a huge discrepancy between countries in terms of the fraction of average salaries required to buy enough food.

Syria, Nigeria, Ethiopia, the Philippines, Sri Lanka, Ghana, Indonesia, Algeria, Iran, and Uzbekistan are among the top ten countries where basic food is the most expensive.
Syria, where the minimum recommended monthly spend would amount for 177 percent of average wage income per adult, is the least affordable, followed by Nigeria, where food accounts for 101 percent of the average wage.