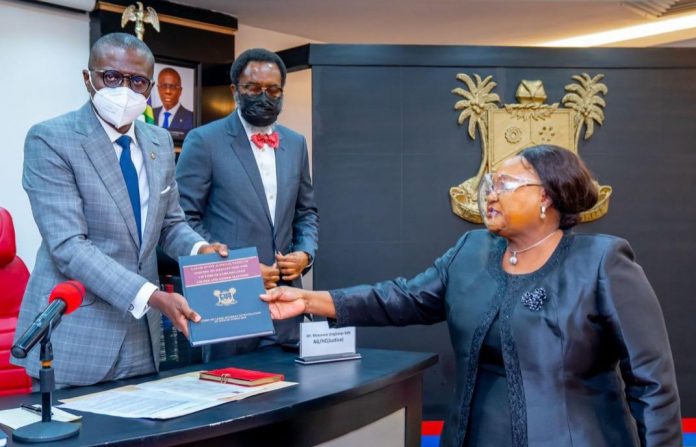 The Lagos State Government has responded to the outpouring of anger and fury that has followed the report of the Panel of Inquiry on Restitution for Victims of SARS Related Abuses and Other Matters.

The findings and recommendations were delivered to Governor Babajide Sanwo-Olu by the Chairman, retired Justice Doris Okuwobi, on Monday.

The Information Commissioner, Gbenga Omotoso, delivered a statement Wednesday night urging people to be cautious with their words.

Omotoso was referring to the disputes and arguments surrounding the Army’s invasion and shooting at the Lekki toll gate on October 20, 2020.

According to the official, everyone must refrain from undermining the government’s good objectives.

Omotoso noted that apart from setting up the panel, the Sanwo-Olu administration provided full support.

“In accordance with the Tribunal of Inquiry Law 2015, a committee has been set up to bring up a White Paper on the report to determine the next line of action.

“At the appropriate time, the Government will make known its views on all the issues raised by the Panel through the release of a White Paper”, the statement added.

Attorney-General and Commissioner for Justice, Moyosore Onigbanjo (SAN) is leading the four-man team to produce the White Paper in two weeks.

Ibadan Serial Killer opens up on how he escaped from police...