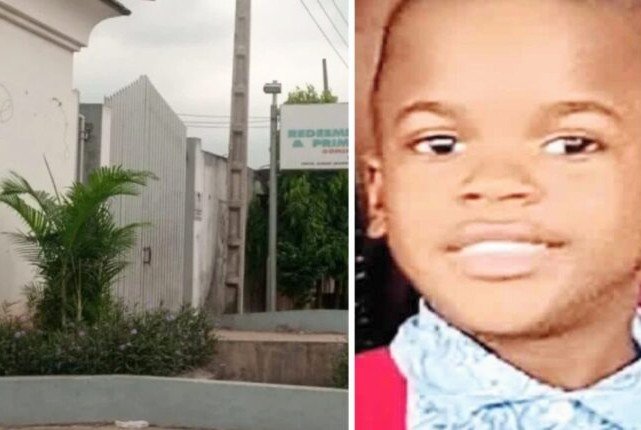 The Redeemers Nursery and Primary School in Ogba has been closed by the Lagos State Government, Charmingpro reports.

READ ALSO: “The kind of things I’ve seen and heard here is crazy” Criminologist dishes on the s*x life of some Lekki residents

Chidera Eze, a five-year-old pupil, died during a swimming lesson, prompting the sanction.

Chidera and his friends were reportedly playing near the pool when he collapsed inside.

In May, the incident occurred at the Ivory Health Club on Ogundana Street in Ikeja.

The Ministry of Education announced on Monday that the Redeemers School will remain closed pending an administrative investigation.

According to a statement by Education Commissioner Folashade Adefisayo, its operations, procedures, and officials’ conduct regarding safety standards will be investigated.

According to her, a preliminary investigation by the Office of Education Quality Assurance revealed that the school has yet to complete its registration and thus is not approved.

The commissioner advised parents and guardians to take note of the closure and wait for the investigation to be completed.

“The Ministry is concerned about the safety of the students,” she explained, “hence the need for intervention.”

“The kind of things I’ve seen and heard here is crazy”...