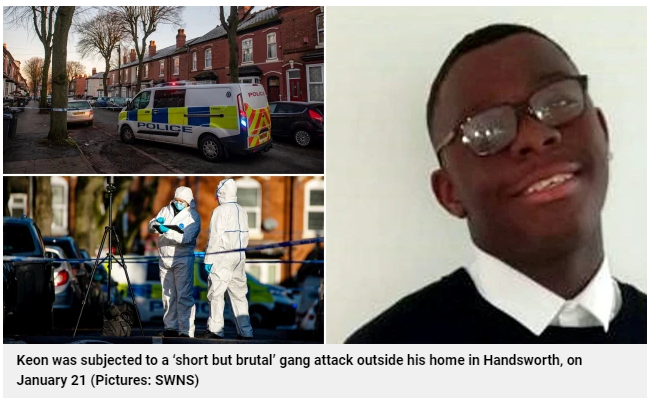 Four teens, including a 14-year-old gunman, have been sentenced to life in prison for the gang-related murder of Keon Lincoln, with the victim’s mother calling them “heartless, vile monsters.”

During a’short and savage’ onslaught outside his home in Handsworth, Birmingham, on January 21, the schoolboy, 15, was stabbed eight times and shot twice.

One of the bullets, which Keon’s mother heard before going outside to see her son lying injured, killed him, and he died two hours later at Birmingham Children’s Hospital.

Yussuf Mustapha, the gunman, can finally be identified after the judge revoked an order hiding his identity before sentencing him to life in prison with a minimum sentence of 16 years.

Mustapha’s co-defendants, Tahjgeem Breakenridge, 18, of Balsall Heath, and Michael Ugochukwu, 18, of Edgbaston, were both sentenced to life in prison with a minimum sentence of 19 years for murder.

Meanwhile, a 16-year-old Walsall teen convicted of Keon’s murder was sentenced to serve at least 17 years in prison at Her Majesty’s Pleasure.

Kieron Donaldson, 19, of Perry Barr, was sentenced to a 12-year prison sentence for supplying firearms to those engaged in Keon’s murder.

After serving two-thirds of his sentence, Donaldson will be eligible for release.

Sharmaine Lincoln, Keon’s mother, claimed her son’s death had left her feeling like ‘a piece of my soul had been snatched from me.’

In a statement read to the court by prosecutor Michael Burrows QC, Ms Lincoln said: ‘The gunshots will forever ring in my ears, knowing that one of them ultimately ended my son’s life.

‘No reason for me can ever justify such an evil act.’

Describing how she recalled comments made on the day of the murder and could see an image of her ‘beautiful boy’s body being lowered into the ground’, she said ‘heartless, evil monsters’ had left her with thoughts and emotions she would have to live with for the rest of her life.

Passing sentence, Lord Justice William Davis said the murder had been ‘carefully planned and executed’ using a revolver and a car stolen for use in the killing.

The senior judge added: ‘It’s quite clear that all who came from the car were party to the use of the gun.’

Mr Burrows told jurors during the trial the ‘short and brutal’ attack lasted about 30 seconds, continuing even after Keon tried to get up and run away.

He said: “He (Keon) was shot at whilst he was on the ground. Still, the group continued to attack him, stabbing and hacking at him with large knives.

‘Eventually, the group ran away and got back into a white Ford S-Max and that car was driven away from the scene.’

The court heard that the vehicle, which had been stolen and was on false plates, later crashed in Wheeler Street, Birmingham, where forensic evidence including a hunting knife was recovered.

Mr Burrows said the prosecution could not say what the precise motive for the attack was, before telling the court: ‘In short, the prosecution say, when you consider all the evidence from the CCTV and phone records, it is clear that these defendants are those shown in the CCTV, and that they were all involved in the murder of Keon Lincoln.’

Detective Inspector Jim Colclough said: ‘The murder of Keon Lincoln not only devastated his family but brought shock and sadness to the whole community.

‘Not least because an attack so brutal could be carried out in broad daylight on a schoolboy, by others just as young, if not younger.

‘The wave of disbelief was followed by anger and grief, but ultimately unity as everyone pulled together to support Keon’s family, vowing that this should not happen to another family.

‘The utter sadness here is that not only has Keon’s family been left without him, but these young killers now face life in prison, away from their own families, and for what?

‘We have not been able to establish why Keon was murdered. Only his killers know that, but they will now have a long time to reflect on their actions.’ 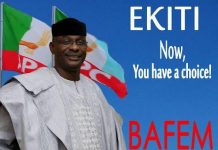 See when Hushpuppi will be sentenced