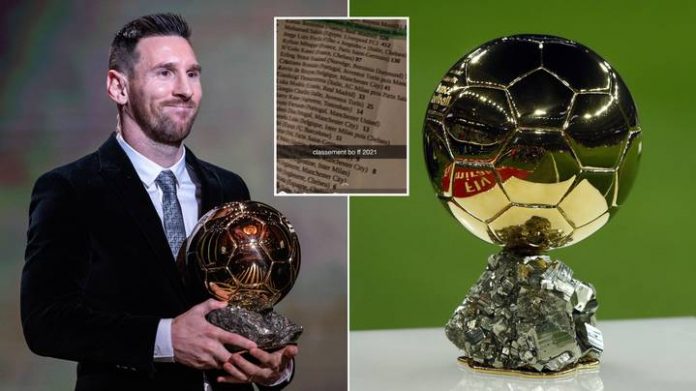 The winner of the 2021 Ballon d’Or award has been presented on Monday evening at roughly 20:30 CET, after the coveted honor was forced to undergo a COVID-19-imposed hiatus in 2020.

With Karim Benzema up against Robert Lewandowski, Lionel Messi, and N’Golo Kante as the favourites, it’s the Argentine international who is the overwhelming favourite with the bookmakers following his outstanding performances in the Copa America, finally lifting his first professional trophy in an Albiceleste shirt. This is the beginning of our live blog for the 2021 Ballon d’Or, and we’ll keep you updated as the event approaches. As is customary, the most current items appear at the top.

Paris Saint-Germain forward Lionel Messi has won his seventh Ballon d’Or after a year in which he won the Copa del Rey with Barcelona and the Copa America with Argentina.

Club of the Year – Chelsea

After winning European football’s top competition, and the Women’s Premier League, Chelsea are given the first ever Club of the Year award by France Football.