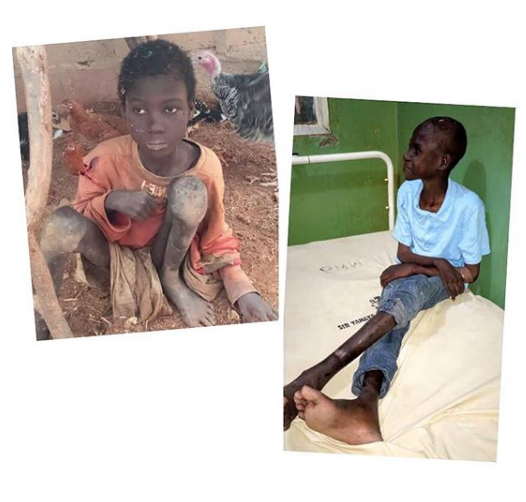 A father, Jibrin Aliyu, and his three wives have been arrested by the police in Kebbi State for allegedly chaining an 11-year-old boy for two years, Sun News reports.

The Public Relations Officer(PPRO) of the command, DSP Nafi’u Abubakar, revealed that the suspects were arrested on Sunday in Badariya, while the victim was taken to Sir Yahaya Memorial Hospital.
While speaking with newsmen, an elder brother to the victim, Bilal Aliyu, claimed that the boy was only chained during the day and taken to his room in the evening, adding that the process was not more than one year.