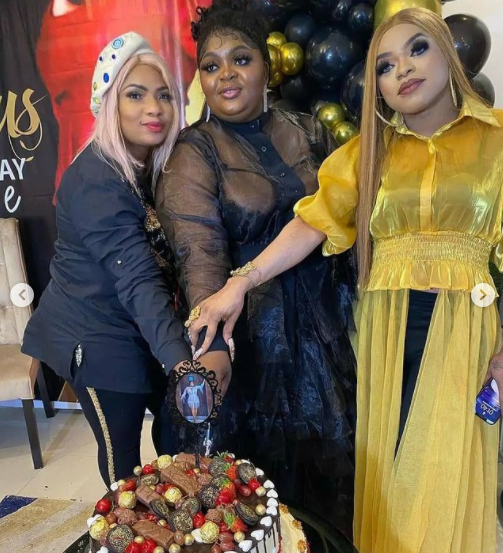 Charming Magazine brings to you photos from the star studded birthday party of actress, Eniola Badmus.

Eniola Badmus is a social media influencer and a Nigerian professional film actor, script writer, and entertainer. After appearing in the film Jenifa in 2008, she rose to prominence.

Bobrisky and other celebrities stormed the event. See photos below: