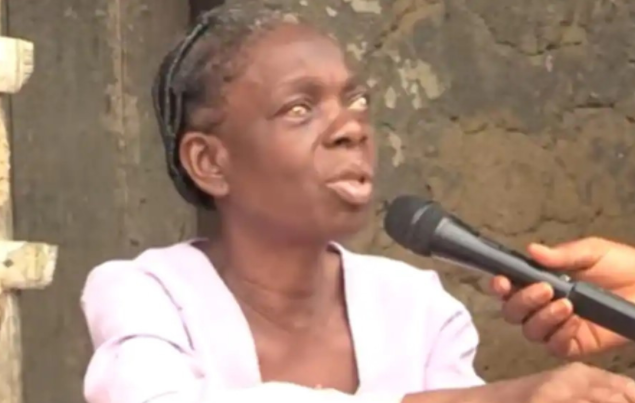 A visually handicapped Ghanaian woman has told a terrifying story about how she lost her sight.
Portia Ama, a resident of a small community in the Central Region, said her sister “bewitched;; her out of jealousy when a wealthy guy indicated interest in marrying her when she was only 13 years old.
Ama claimed that her sister was an idol worshipper who shouted her name over and over after hearing the news. She also said that her older sister, who was hell-bent on wrecking her prospects of ever marrying the wealthy man, did everything she could to make her wish come true.

She told D.J Nyame of SVTV; “I was staying with my elder sister and about 13 at the time. When the man promised to marry me, my sister started chanting my name anywhere she went. She was an idol worshipper. The next thing I knew, I became visually impaired. We went to pastors but no-one could heal me.”

Ama lamented how she now lives a solitary life and struggles to survive whilst her sisters are married and live with their husbands.

We have required number to impeach Buhari – Sen Fadahunsi