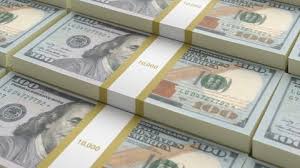 According to the charges, after receiving the funds Ms. Kasali had transferred the money to four separate bank accounts, which have been seized by authorities.

The loan stated both of Ms. Kasali’s companies had several employees and payroll expenses – but this was a misinformation, as neither company had staff nor pay salaries matching the amount she claimed.