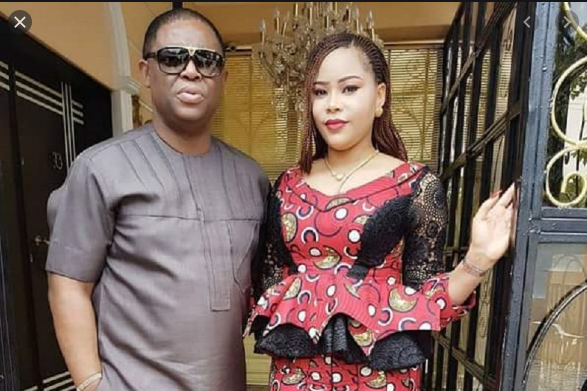 This is based on reports by blogger, Stella Dimoko.

According to Stella, Precious moved out months ago but without her four sons because the former Minister has taken custody of the kids and put them under the care of a nanny with strict instructions that Precious not come near the house they shared as a couple.

FFK as he is fondly called also allegedly took back the car gift he gave her and cancelled her accounts as well after he allegedly beat her up many times when she was pregnant with her first son and the triplets.

According to the report, the sources said that every time the couple posted on social media, it means they just settled a quarrel or someone got whooped and they settled. “The situation between both of them is serious and he has told her she would never see her kids again.” She added.

Stella also revealed that Precious is demanding for DNA on her triplet sons because all four kids were allegedly conceived via IVF but she is not sure where Fani-Kayode donated the sperm.

FFK was first married to one Saratu Atta, the marriage lasted for only 3 years (1987 to 1990), the broke up due to alleged domestic violence, then he moved over to one Yemisi Olasunbo Adeniji in 1991 and they went their separate ways in 1995.

FFK married Precious in 2014, a union which allegedly just crashed after 6 years due to alleged domestic violence again.

“Oga I advise you do DNA” – Fan Advised Yinka Quadri...