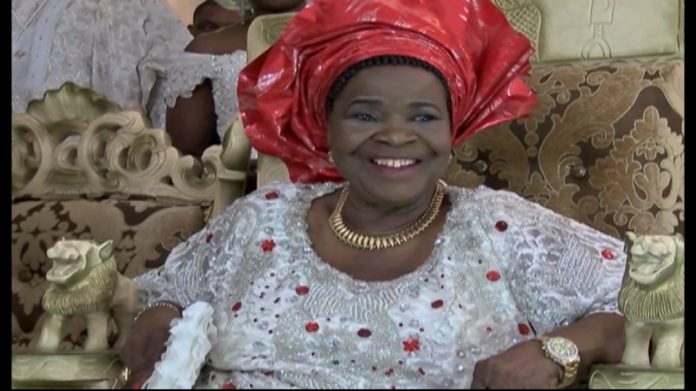 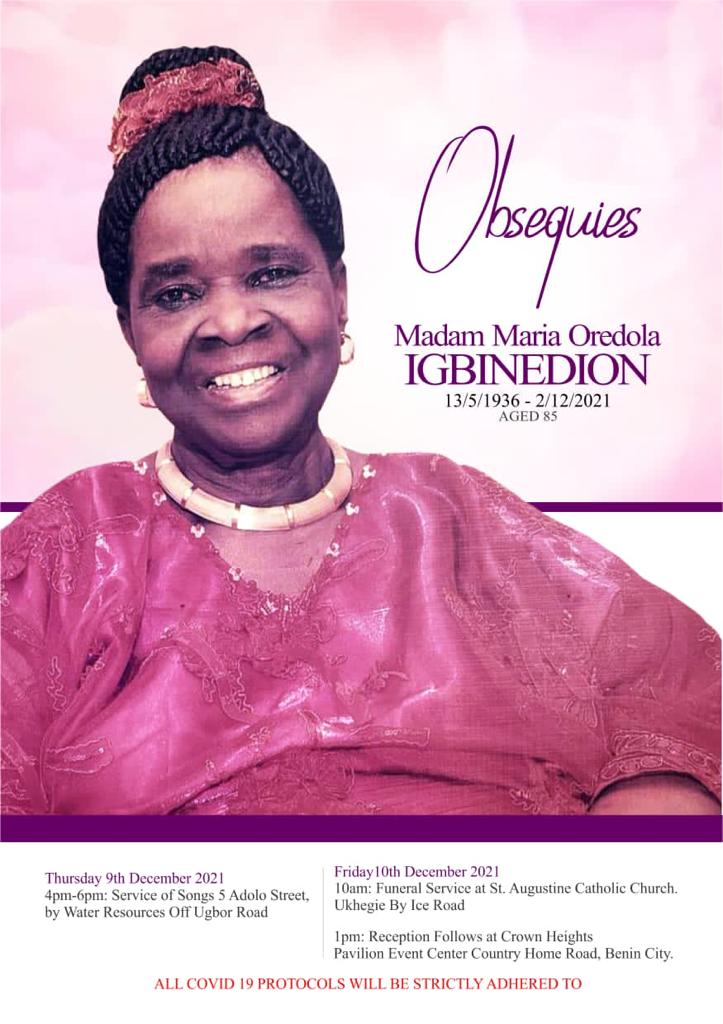 The maid, who was from Cross River State, was also said to have looted the deceased’s residence for valuables and money before fleeing.

Maria Igbinedion, who had been confined to a wheelchair since she was 80 years old, made it through the COVID-19 epidemic.

Security forces have been called to track down the runaway suspect, according to a close family source who spoke to our correspondent by phone.

“Any amount, I repeat, any amount will be paid for information leading to the arrest of this girl. She is a murder suspect and is wanted by the police and Benin people,” he said.

The authorities have not confirmed whether or not they are investigating the murder possibility. 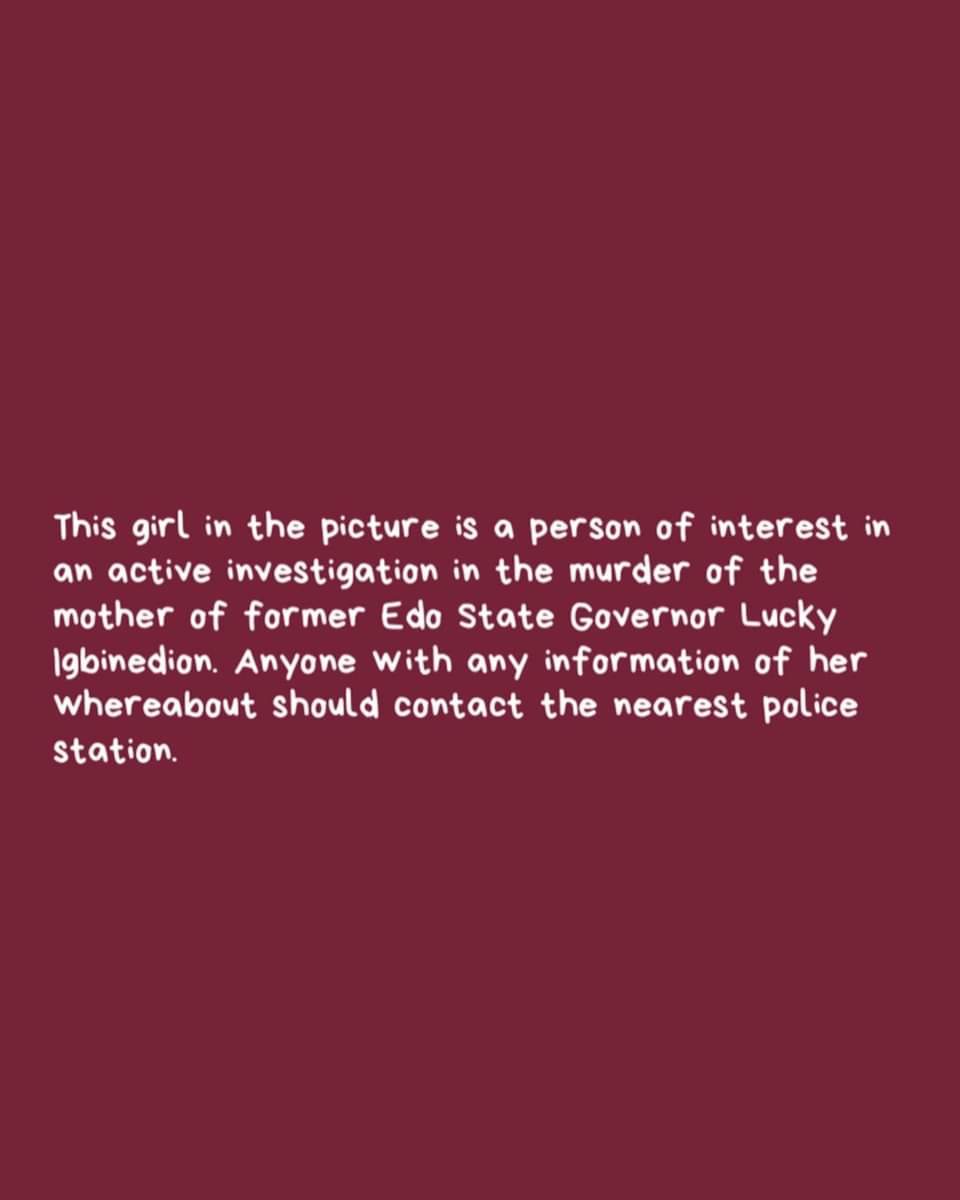 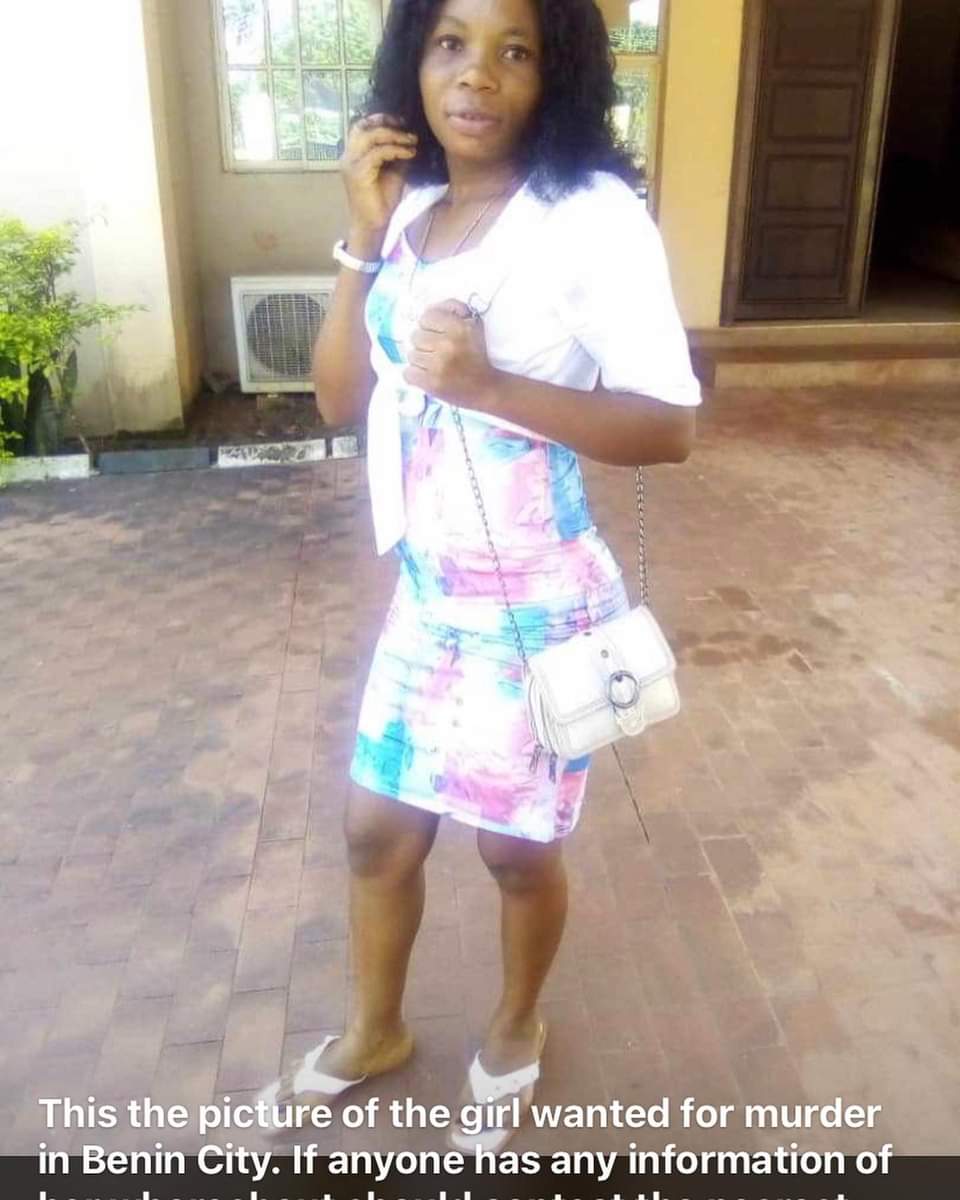 Attempts to contact the State Police Command spokesman, SP Kontongs Bello, for confirmation were unsuccessful since his phone was switched off.

Meanwhile, the family has announced the Octogenarian’s burial arrangements.

According to a burial program seen in Benin on Friday night, a memorial service for the departed will be held on Thursday, December 9, 2021.

She will be laid to rest after a funeral service at St. Augustine Catholic Church, along Ugbor Road in Benin, on Friday, December 10, 2021.

Charly Boy aka Area Fada, live in London: A night of...