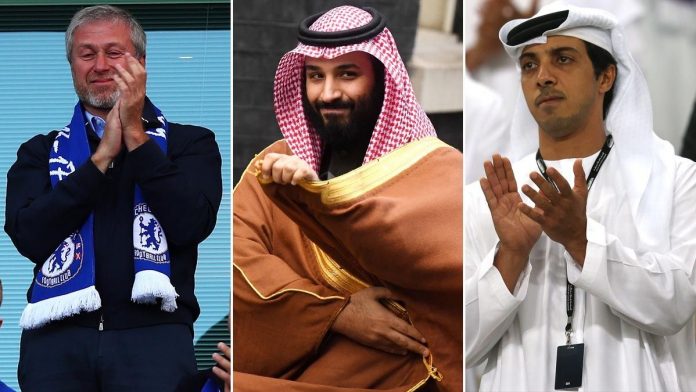 Newcastle fans partied into the night on Thursday after Mike Ashley’s 14-year ownership of the club ended when a Saudi-backed consortium paid £305 million for the club.

The proposed agreement was considered last year, but a TV piracy dispute between Qatar and Saudi Arabia proved to be a big impediment.

This has now been addressed, and the Public Investment Fund (PIF) of Saudi Arabia has purchased an 80% stake in the Magpies, with Amanda Staveley and the Reuben Brothers each owning 10%.

Take a look at the five richest owners currently in the Premier League currently;