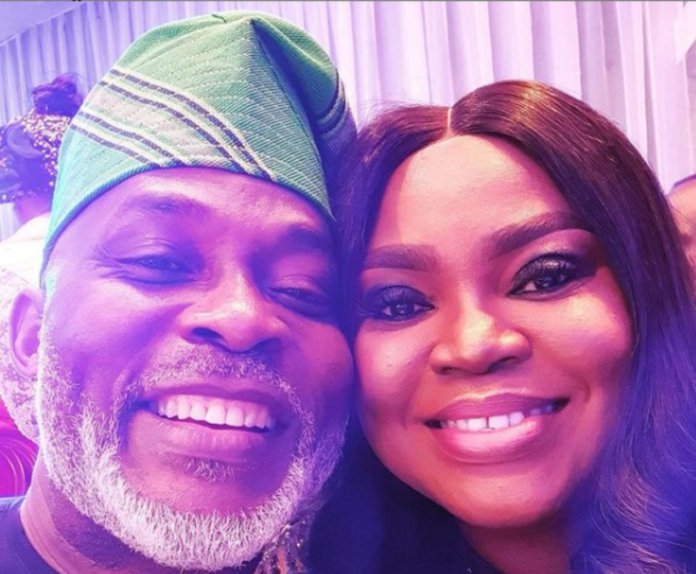 Nigerian celebrities have taken to the comment section of Nollywood actor, Richard Mofe Damijo to react as he celebrates his 20th wedding anniversary with his wife, Jumebi.

The veteran actor shared rare photo with his wife in celebration of their wedding anniversary today, December 29.

Damijo thanked God for blessing their marriage, as he reveals it’s not easy being married for 20 years.

“It’s our 20 years anniversary! Hmmmm, Like they say, 20years nor be beans o! At the centre of it all, it has just been God. Thankful. Grateful. Blessed. Graced!”

see reactions from celebrities below: