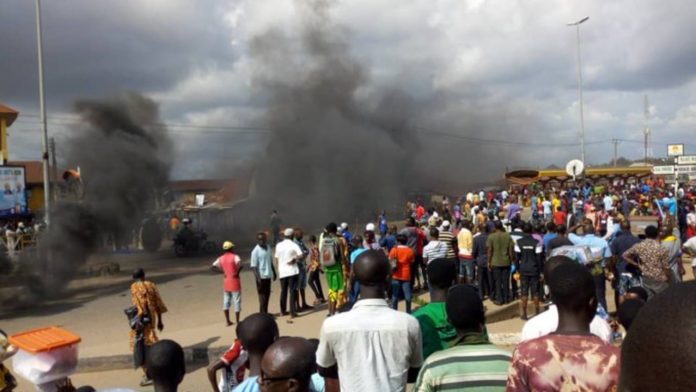 The incident occurred on Thursday, when disgruntled constituency members stopped Kukuma village road, preventing the member and his entourage from traveling through the region to attend a political function.

The legislator and several APC local government officials were on their way to Buji town, where the lawmaker was expected to attend an empowerment event he had organized.

The enraged members, who were organized into gangs, threatened to harm anyone who attempted to pass over the barrier they had set up at Kukuma, Buji local government of the state.

One of the angry youths told newsmen that they took the decision to register their dissatisfaction with the representation of the lawmaker at the National Assembly.

He said the incident happened when the lawmaker ran into rival support groups, one for a serving member and the others of a politician who intends to take the seat in 2023.

Adam informed that the situation was under control.

Bold Nigerian lesbian strikes a pose with her partner in Lagos