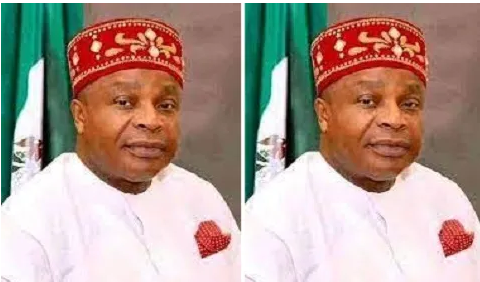 Effiong, a former Speaker of the Akwa Ibom State House of Assembly, was kidnapped by three armed men who invaded his lounge, a popular hangout along Oron Road in Uyo, the state capital, at 9 p.m. on Sunday.
According to reports, the hoodlums arrived in a Toyota Camry sedan and fired shots into the air in an attempt to scare bystanders away from the location.

According to reports, a stampede occurred during the kidnapping operation, which lasted several minutes, injuring at least eight people.

“The incident occurred at about 9.00pm on Sunday night. The armed men stormed the sit-out with a Toyota Camry Car and started shooting sporadically, sending the customers and other guests to scamper for safety before they made straight for the former Senator,” a source said.

Wike and Amaechi fight dirty at burial of former Justice...