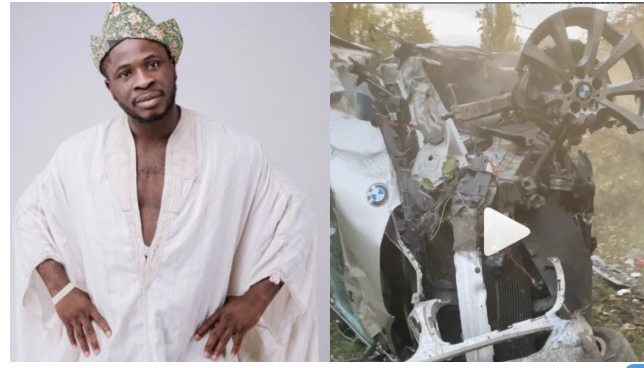 Born 24th December, 1991, Nigeria famous comedian Emmanuel Ogonna Iwueke known popularly as Craze Clown. He is one of the rising comedy stars in Nigeria, He became popular thanks to his short comedy skits on YouTube.

Reports today says Instagram comedian, Craze clown, took to his official Account to share the good news of how he narrowly escaped from the cold hands of death in a ghastly car accident.

In a short video clip Craze clown shared, his car was seen in a very awful state and he was heard saying repeatedly that he just escaped from the fatal accident.

According to the 28 year old he accident happened on his wife’s birthday and he can not explain how he managed to escape. He used the opportunity to appreciate God for sparing his life.

In his words; “GOD!!!! you saved my life on wife’s birthday! will tell the story later! But for now just help me Thank GOD! #gratefulHeart”

Staying Unhappily Married Would Have Killed Me – Onyeka Onwenu