Oha soup or can also be called Ora soup and called in igbo tongue as Ofe Oha, is a native to the South Eastern Nigeria. It is a very delicious traditional soup similar to the bitterleaf soup but cooked with Ora or Oha leaves. Ora (Oha) Soup is special because of the main ingredient, Oha leaves, which is a seasonal one, seen once in a while, unlike the bitterleaf found everywhere.

Below are step by step procedure in the preparation of a delicious Native Soup known as Oha Soup.

Above are the Necessary Ingredients Needed to prepare it, so any other species you want to add is best known to you, but with the above ingredients you can achieve a delicious Oha Soup. Now to the procedure below.

First get your cocoyam, wash it in a clean water to remove some dirty and few sand particles, then put it into a pot and boil. Boil it untill it gets done and soft, with that its ready for usage.

Get your wooden mortar and pestle, get the uziza and pound it first because its tiny and in stony form, so pound it into powdered form, so when its been granded into powerdered form, you can add your cocoyam, pepper, ogiri, and crayfish and pound very well so they can mix very well. You can also add red oil if you wish to, its all about choice in this aspect.

Get your fresh meat and fish, Wash them very well with little amount of salt if possible, to help kill some bacterials in the meat. Then put it into your cleaned pot of soup and add water to it and boil.

When your meat and fish are boiling, add your red oil, maggi, and salt, in a good quantity and Mix them, also taste to be sure the amount of salt is okay, then you can cover your pot and allow to boil till the meats and fish are softened to a good taste.

After some minutes of boiling, add your pounded stuffs into the boiling pot then mix them very well, then cover it, and allow to boil for like 5-10minutes as the case maybe.

In the process of boiling, get you oha leaf and cut into tiny pieces according to the size of your choice, the wash it and put into a sieve to reduce some water while you wait for your boiling stuffs to get ready.

After the specified 5-10minutes, Open the boiling pot and add your oha Leaf lastly and cover it to boil for not more than 10minutes, bring down your pot, then your Delicious oha soup is ready, taste and confirm your good work. 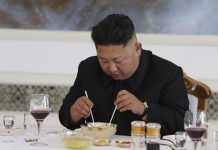 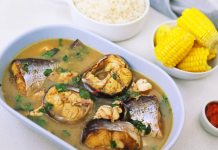 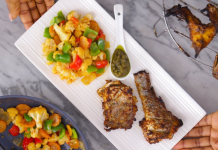 We are in love with Zeelicious’ Croaker Fish & Steamed Vegetables Recipe