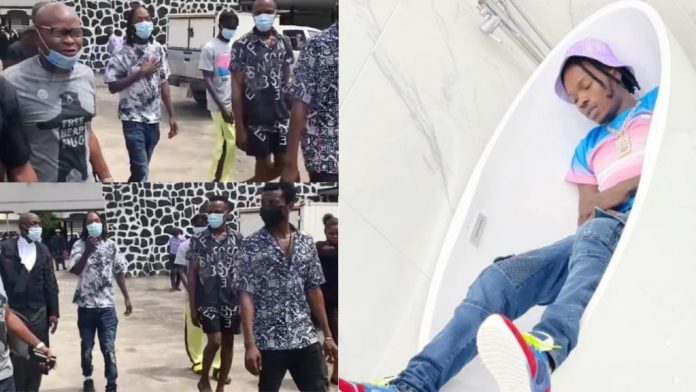 The Economic and Financial Crimes Commission (EFCC) on Thursday objected to an application to examine the iPhone SIM slot of a singer accused with cybercrime, Azeez Fashola a.k.a. Naira Marley.

The objection was brought by EFCC counsel, Mr Rotimi Oyedepo, during cross-examination of the second prosecution witness, Mr Augustine Anosike, before a Federal High Court in Lagos.

He said that the witness should not be forced to open the phone’s SIM slot to determine the presence of a SIM card because he never did so throughout his analysis.

On May 14, 2019, the EFCC filed cybercrime charges against the artist.

The witness was also questioned if he had indicated that any data had been erased and recovered.

In response, he told the court that the content of his report indicated that items recovered also included deleted information.

After several arguments, the court upheld the argument of prosecution against opening the SIM slot. The judge adjourned the case until April6, for continuation of trial.

Naira Marley born Azeez Fashola is being tried on 11 counts bordering on conspiracy, possession of counterfeit credit cards and fraud.

JUST IN: Oyetola’s Convoy was attacked by Hoodlums in Osogbo, Osun...