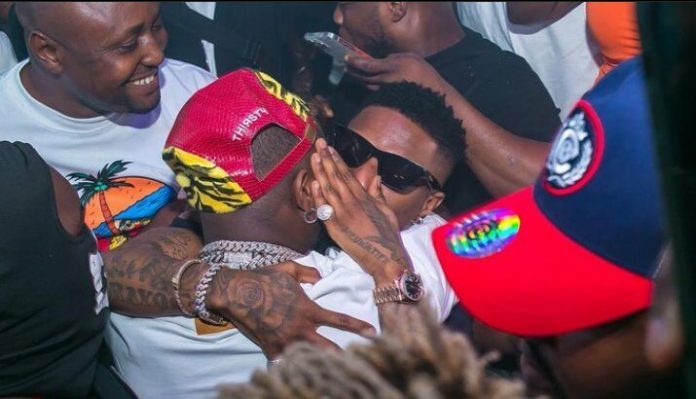 David Adeleke, better known by his stage as Davido, has opened out about his recent surprising reunion with Wizkid and how fans used the feud for their own enjoyment.

Remember that the celebrities met on January 21, 2022, in Quilox nightclub in Lagos, and from the video, they spent a lot of time hugging and whispering into each other’s ears.

While some fans are ecstatic at the news, some believe Davido hugged Big Wiz as if he missed the singer’s companionship.

The 29-year-old singer opened out about the backlash that followed his reunion with WIzkid in a recent interview with BBC.

The ‘Champion sound’ crooner said the reason he seemed more excited at Quilox Club was because he hadn’t seen Wizkid in 4 years before their unexpected reunion.

During the interview, Davido also said that his 30BG Fans and Starboy’s Wizkid FC played a significant role in their alleged feud, and that they were living their lives for their own amusement.

He went on to claim that the rivalry was no longer between the artists, but between the fans, who had created their own separate cliques.