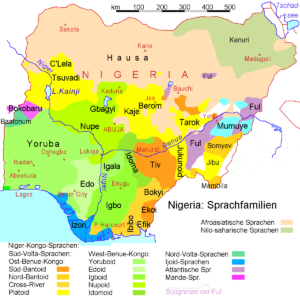 Two weeks ago as I watched the start of Big Brother Naija Lockdown, I watched Kidwaya, the billionaire son of London socialite Terry Waya, a Tiv boy from Benue, explain to one of the lady housemate where Benue State is located in Nigeria. She had no idea or pretended not to know.

Ordinarily such isolated case of one housemate in a Big Brother Nigeria show not knowing where Benue is or the tribes in Benue shouldn’t be surprising, after all you don’t write an examination on Nigeria to be eligible for the show. But from all the BBNaija I have watched, almost all the participants have been University graduates.

That small incident on the BBNaija show shouldn’t have been an issue, but I have encountered too many Southerners who are graduates and have no idea what tribes are in the North other than Hausa and Fulani. Too many. It always got me wondering whether schools in South teach students Social Studies, History and Geography in Secondary Schools or General Studies in the University.

I know we have different tribes in Nigeria as far back as Primary School. I know we have different regions as far back as early secondary school. How can so many people in the South, so many graduates, not know these things. Some don’t even know that the people in Borno State are not Hausas but Kanuri, Babur, Marghi, Wulawula, Shuwa Arab, Mandara and many more and that these tribes have nothing in common with Hausa people. The only thing Kanuris have in commons with a Hausas and Fulanis is Islam. Even Shuwa Arab are quite distinct from Kanuri. The people of Chibok in Borno State where those girls were kidnapped by Boko Haram are 95% Christians.

It just takes going on Wikipedia to know these things. You cannot be in Nigeria and not know these little things, these little details. These things that I learned in school as a child, throughout secondary school and the university.

I remember when I was in Enugu some people would call me Hausa even though my name is clearly George Onmonya Daniel. I have heard statements like “we see all of you in the north as Hausa” too often.

It still baffles me. How can you be a graduate or someone with SSCE and not know? You don’t even need to be a graduate to know some of these things.

What is sometimes baffling, it’s not annoying anymore, is the confidence in which some people voice out their ignorance arrogantly, “we in the south see all of you as Hausa.” There is nothing you can even tell some to change their mind. I am not even talking about Igbos and Yorubas here, even some of the minorities in the South are all caught up in this. But when you call an Akwa Ibom man or woman “Calabar people” now they quickly remind you they are not Calabar and start telling you they are not Effik, bla, bla, bla.

I have never seen people who enjoy to bask in their ignorance as some of these “all of you are Hausas in the north” guys.