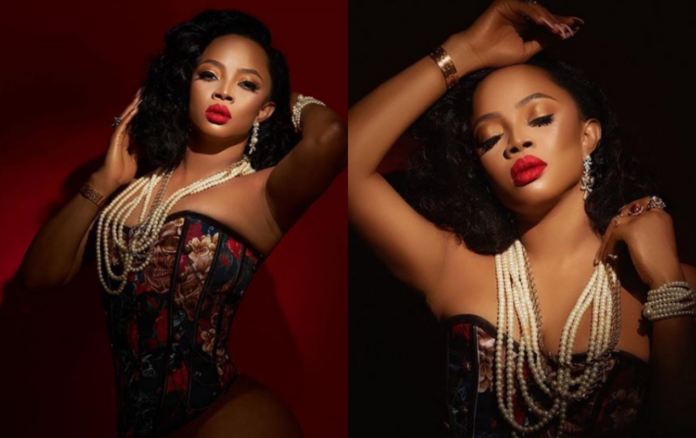 According to the Yoruba born media personality, she is with him because of his pen1s.

Toke posted a photo in the snow and captioned it; “We never really grow old …..

I told the man currently eating my work to let us take our own Lori n Michael picture in the snow. The bush in him is too strong. I gave up.”

The troll then commented, “The same man will recreate the same picture with someone he’s crazy about. The bush in him or he’s just about the coochie.”

Toke the replied, “I’m just about the Dxx.”

See the exchange below:

Popular actress, Patience Ozokwo shares interesting details of how she got...