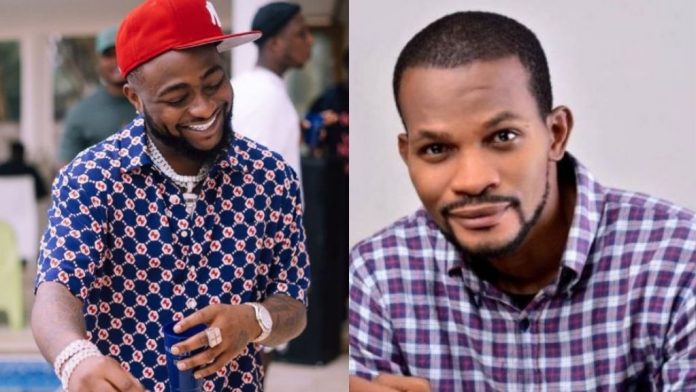 It would be recalled that Maduagwu had lashed out at Davido a few days earlier, calling him “broke” and a “online beggar” for asking his friends and other celebrities for money on social media.

Davido’s 30 billion, according to the controversial thespian, has run out owing to the country’s economy.

Davido, on the other hand, donated the full sum earned plus 50,000,000 (fifty million naira) of his own money to Nigerian orphanages.

Following this development, Maduagwu tweeted a video of himself stating, “Davido for President, they say make I apologise. Yes ooo, he is a man, I fully apologise. Please register me into one of those orphanage homes’.

See photos of Regina Daniels and her aged husband’s son