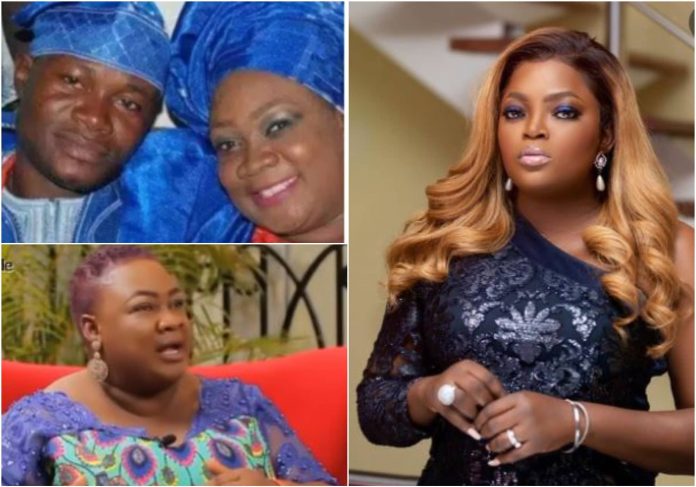 Princess, a Nigerian actress and comedienne, has detailed how her friend and colleague Funke Akindele responded after her marriage fell apart.

Princess posted an interview with Chude Jideonwo on Instagram on Friday, in which the comedienne stated that she thought her life had ended after the incident, but Funke Akindele, who was on a movie set at the time, called her to inquire about what had happened.

She went on to say that the actress volunteered to pay for her airfare to Enugu, where she was filming, so they could discuss the issue after she (Princess) began sobbing over her predicament. 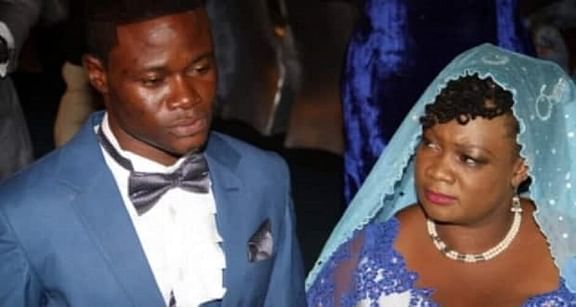 “Funke Akindele called me and I’m sure she’ll remember, she called me and said princess kilonshele, I heard you almost cried yourself to death. Chude I’m telling you, I cried I became sick and lost weight. I said “ah Funke”, I told her in Yoruba, I said my life is ended.

“She said why will you say that, I said can’t you see what happened to my marriage, and then she said didn’t you hear what happened to mine. I said Funke your own is different, you can’t compare yourself to me, at least you stayed in your husband’s house for a year. And she said what are you talking about Princess?

“And she said to me, I’m in Enugu shooting, please let me pay for your flight ticket, come and meet me, I said ah I don’t think I’ll be able to come, she said ah what are you doing, I said I’m washing, she said kilonfo, I said I’m just washing, she said where are you going, I’m not going anywhere, I was in that house wearing just one cloth. ‘She said Princess mi o understand. Princess, please let me pay for your ticket, come and meet me in Enugu, I’m shooting, we’ll talk’.

“Then I heard people calling her saying Funke we are ready, so she said, ‘Princess shey o Na wa? Call me‘,” she said.

Princess also recounted how her ex-husband reacted before she lost her pregnancy.

According to the actress, hours before she lost the baby, her then-husband acted unbothered as she experienced severe pains.

“l didn’t even know that maybe I had an ectopic pregnancy, but I knew something was wrong. I remember telling (my husband), begging him ‘Can you help me rub my back?’ and he said he was not interested. So I remember waking him up and begging him that I feel I’m going to die any moment from now but I don’t want to die inside the house, he should please call the neighbors so that they can take me to the hospital, I’ll die peacefully there,” she said.

The comedienne got married to Jeremiah Adeshola in 2013 at the Ikoyi Registry.

It was followed by a lavish ceremony held at Balmoral Events Centre, Oregun, Lagos.

The marriage lasted for a few months.

Korede Bello opens up on what he truly wants and it’s...

OAP Shade Ladipo opens up on what she has learnt about...