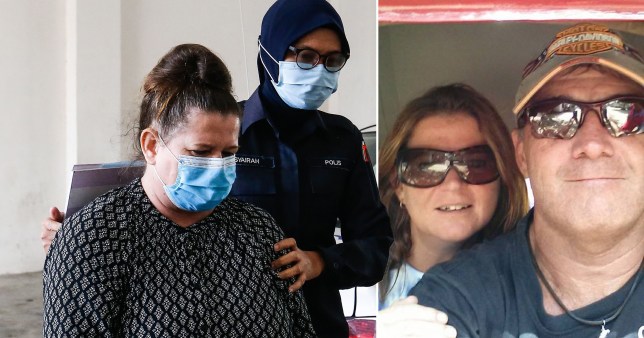 A 51 year-old British woman, Samantha Jones, who was accused of killing her husband in Malaysia has today being found guilty of manslaughter, and told that she will not be executed.

Samantha who had feared she could face the death penalty was instead handed a 42 month sentence. She was accused of stabbing her husband to death in their resort house. Police had discovered a blood-stained kitchen knife in the couple’s home where John William Jones, aged in his early 60s was found dead on October 18, 2018.

But a judge ruled earlier that Samantha, would not be sentenced to death by hanging, finding her guilty of a lesser charge of ‘culpable homicide without intent’ — which is murder without intent — after the court heard Samantha had suffered years of abuse.